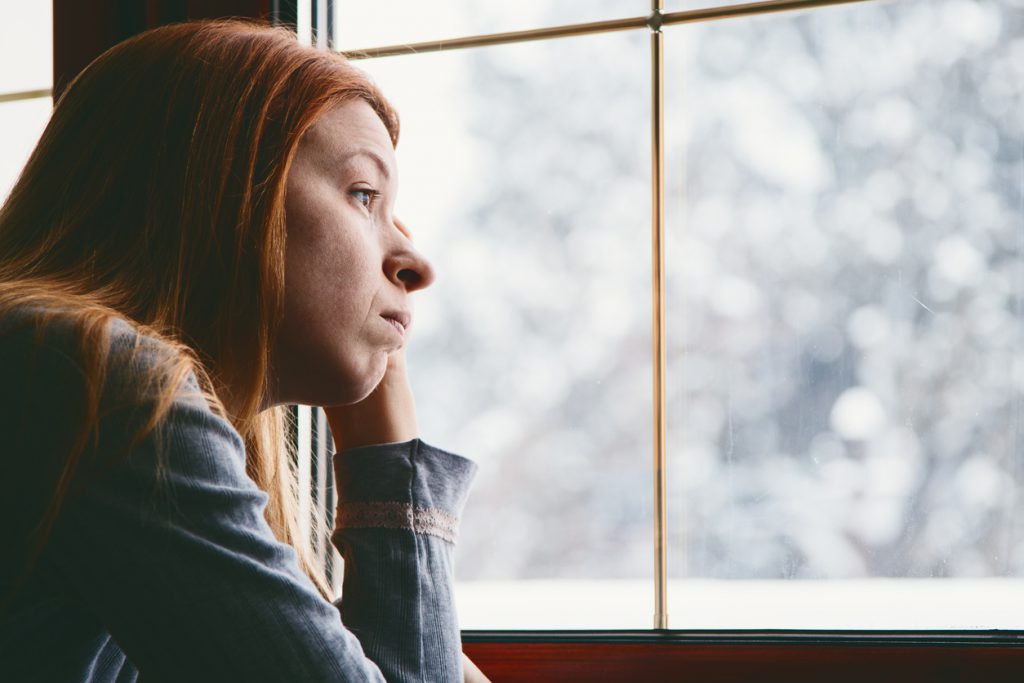 Depression is incredibly common.  Andrew Solomon calls it, “The family secret everyone has.” Anyone who has been depressed knows how painful and exhausting it can be, but the stigma and resulting secrecy surrounding depression make it even more difficult.

People who are truly depressed are aware that their level of sadness is not rational, and if they could snap out of it, they would. It is not the same as the grief and sadness that are an inevitable part of life. Sometimes it is soul-crushing, as if the dementors of Harry Potter’s world have sucked all the happiness from our spirit. Other times the world settles into a relentless gray fog.

While it may seem like “everyone” is either on medication or in therapy for depression, the truth is only half of those who have Major Depressive Disorder (MDD) get treatment.

The rest suffer in silence and shame.

I think there are reasons why depression is so common, but I will get to that in a minute.

Depression needs to be taken seriously. It is a leading cause of disability worldwide, affecting all ages, and women more than men. Besides lost productivity, MDD is associated with illness and can be deadly. People with MDD have a 4-times greater risk of premature death than those without it; 15% of people with MDD will commit suicide. In fact, the second leading cause of death in those 15-29 years old is suicide.

I have heard many people voice skepticism about depression since there are not specific lab tests to “prove” what is going on in the body. Remember the germ theory? Scientists who worked for centuries to show the connection between germs and disease were initially scorned and ridiculed by the medical community. Astounding numbers of women in medical maternity wards died from infection, compared to at-home deliveries, because doctors moved from patient to patient without thoroughly washing their hands. They could see the effects of the bacteria but they weren’t yet connecting the dots.

My point: Just because we can’t yet directly measure neurotransmitters, or administer specific tests, doesn’t mean depression is “all in your head.” Who knows? Maybe someday we will have definitive lab tests.

Why is it that diseases of any other body system–from heart disease to cancer to broken bones–invite sympathy and concern, but brain-based diseases invite skepticism and admonishment?

When other organs in the body fail us, we see a medical problem to be solved. But depression, anxiety, or other disorders of the central nervous system are viewed as measures of character or spiritual maturity. Could you imagine telling a diabetic to “snap out of it?”

Depression results from a complex interplay between genetics, environment, and biochemistry.

There are several theories about depression:

Earlier I said I would comment on why I think so many people in our culture seem to be depressed and on medicine. My guess is that it’s related to our fast-paced modern culture with little time for healthy foods, exercise, rest, connection, and so on. We are so used to stress that it seems “normal,” but that doesn’t mean it is good for us!

Changes in the Brain:

Circadian Rhythms out of Sync:

If you are depressed, you came by it honestly. You shouldn’t have to hide your struggle and feel ashamed. There are many options for treating depression.

Those who doubt how serious and painful depression is have likely never experienced it.  For the skeptics, please don’t add to the pain with comments about “happy pills” and jokes about needed therapy.  It’s time for the stigma to end.