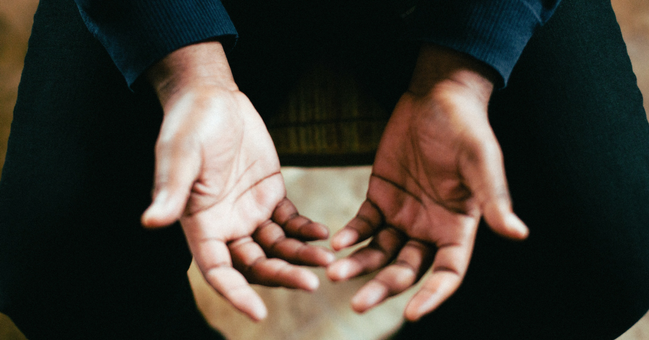 It was the most difficult period of my life.  Miserable, I prayed for a call that would bring a job offer from another company.  It was hard to believe that only three months earlier I had left a successful career in a large, international company for this!  The small, start-up company  was on the verge of bankruptcy and had hired me to “save” their production side of the business. But nothing I did seemed to make any real difference to the company’s survival.  It was hopeless.  Each week I found myself working 70 hours or more with no end in sight;  no time for my wife or kids,  and no time for any life outside of work.

I had already sent out over 200 cover letters with an up-to-date resume and followed-up with phone calls asking about job possibilities. Now when I called, they could almost answer my questions before I asked them.

Finally the phone rang.  But it was NOT someone calling me about a job.  It was the owner calling me into his office.  Ten minutes later I had no job.  The answer to my prayers had not been a new job, but no job at all.

How had this happened?  Had I not prayed about this job when I left my large, established, successful employer for this start-up venture?   Why had I failed?

During the next three months of unemployment, God had me experience five Biblical principles that I already knew, believed were true, but never had to actually put into practice.

In the hours following my dismissal, I cleaned out my desk, drove home, and waited for my wife to return from errands to break the news to her face-to-face.

What surprised me was my lack of fear of the future.  Both of us had sensed God’s direction in this new venture.  This was one reason why I had so much trouble understanding why I was failing.

I opened my Bible to the Psalms.  God’s words through David would certainly provide me with something . . .

I ended up at Psalm 62 – a chapter that has now become my “go to” passage when I am discouraged or realize that I have allowed my own desires (often including my career) to replace God’s desires in my life.

2. God wants me to have Confidence in Him.

As I read Psalm 62, God revealed to me that I had been placing my faith, trust and confidence in my own abilities.  “Success” and “Career” had become my god.   I was worshiping it as well as my own talents that enabled me to be a success.

Jer 9:23-24.  This is what the LORD says:  “Let not the wise man boast of his wisdom, or the strong man boast of his strength or the rich man boast of his riches.   But let him who boasts, boasts about this:  that he understands and knows Me, that I am the LORD who exercises kindness, justice, righteousness on earth.  For in these I delight.”

3. God Provides Us with Both Our Successes and Failures.

Why?  Because God is more interested in molding our character to reflect Jesus than He is in our “success.”

Think for a moment.  Most of our successes and failures are the result of people, situations, circumstances that we do not control.  The person who works for us makes a mistake, someone gets hurt, a competitor surprises us with a new product or marketing strategy, or the entire economy heads towards a crises.

Our willingness to be aware of God’s sovereignty – that He is really in control —  can be freeing in the long-run. We like to THINK that we are in control of our own future.   But that is a myth that can destroy us.  This myth produces anxiety, depression, and a false sense of both accomplishment and failure.

You’d think that this simple truth would have already been etched into my heart and mind.  But for the first time, it became a reality when the circumstances themselves did not seem good.

So as I continued to look for a job, many friends continued to ask how I was doing.  Was I disappointed?   Yes, of course I was!   But many of them asked if I was having a sense of hopelessness for the future.  My answer was a resounding “NO!”   Instead, a confidence and peace about the future became overwhelming.  Not only could I claim that God was now my Rock, Fortress, Rest, and Hope.  But I now had EXPERIENCED Romans 8:28:   “In ALL things God works for the good for those who love Him, who have been called according to His purposes.”

The “good” that God was working in me brought real transformation.  He was creating in me His perspective of true success, a compassion for others, and an awareness of how easy it is for God to be replaced by my own self-centered desires.

5. Character Qualities that God began to Create in Me after My Failure

Before this failure, I was stubborn, prideful, confident in myself, and seldom saw any need to depend on God.  But after these events, I became aware of what is important to God:

Col 3:12 . . . Clothe yourselves with compassion, kindness, humility, gentleness, and patience.”

I unfortunately have had to learn this lesson more than once.  But when this life-changing loss of job occurred, I was able to experience God at work in my own life.   It has made it easier for me to be aware of His direction when I turn toward the path of my own making.

“Trust in the LORD with all your heart, and do not lean on your own understanding.   In all your ways acknowledge Him, and he will direct your paths.” (Proverbs 3:5-6)