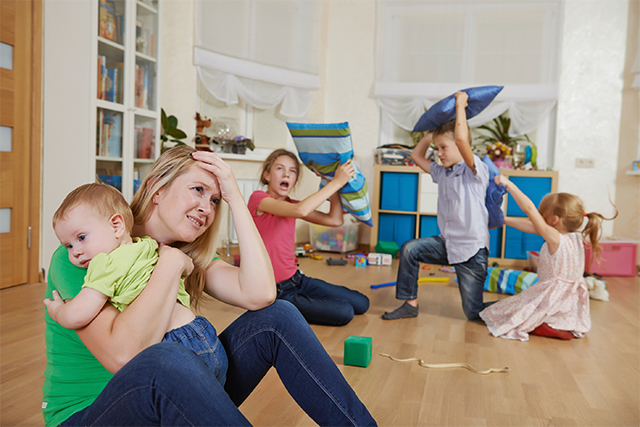 Around ten years into our marriage, my wife and I were arguing daily about a subject that many couples face. We had three preschoolers at the time.  This phone call may sound familiar to you:

A colleague and I were responsible for a chemical plant start-up.  One key ingredient in these start-ups is that the unexpected always seems to happen late in the afternoon around shift change – about the same time that many mothers of preschoolers call “The Crying Hour.”  The time of day when the kids are hungry, Mom is exhausted, and she is waiting for some relief and adult conversation.

One Solution (Don’t try this at home!)

My colleague explained that he when he called his wife to tell her that he would not be home on time, her reaction was consistently a ten minute “rant and rage” (his words).  When he got home (sometimes close to midnight), she would meet him at the door and again react the same way:  “rant and rage.”   So he explained to me how he had found a simple solution to reducing the conflicts by 50%.  Can you guess what his solution was ?

He decided to skip the phone call altogether!  If the reaction was always the same when he arrived at home at night, why go through this twice ?

After very little thought, I concluded that this was NOT the solution for me.  Plus my wife certainly did not “rant and rage,” but she was understandably upset.

What was NOT working ?

We first needed to consider what was actually happening.  What was I saying wrong, and why was it that she was so upset?  My work was important.  It was important for the company and for my career.  And I wanted to make sure that no one was injured during our operations.  So, of course, I thought the “appropriate” approach in my phone calls was to stress to my wife how important it was that I stayed to solve the problem.

WRONG APPROACH!!   I never really got to Step 2 or Step 3 because the “discussion” soon became something more intense and uncomfortable than either of us wanted (to say the least!).

WHY was it Not working ?

Why ?  I was trying to convince her that she should agree that I should stay at work.  If I explained the situation properly, she would certainly understand that my presence was too critical for me to leave.

But what was I really convincing her of ?    That my work was more important than she and our children.  And that I would prefer to stay at work instead of coming home.   Two things that were definitely NOT true !!

So what could we do?  My wife and I had several conversations over the next several weeks, and below are some of the changes that we found helpful.  When we consistently followed them, we found it often eliminated this particular source of irritation and anger.

A Solution that Worked for Us

What was the solution ?   It seems so simple now.  And I am not always consistent.  But here are some changes that seemed to help us out.

My wife was exhausted.  What she needed to hear was that I would prefer to leave work and come home to her.  There is no such thing as “taking a break” with three preschoolers – especially as active as ours were.

But how to communicate this in a way that was meaningful ?

THINK BEFORE I CALLED.  Her day was also important . . . more important than mine.  It helped for me to picture what her day was probably like and how our three young children had probably consumed all of her energy – both emotional and physical.

THE PHONE CALL:  If I called in the late afternoon, she knew that there were two options:  I was on the way home or . . . I was NOT on the way home and “needed” to stay.

What she needed to hear from me was not why I needed to stay, but how much I wanted to be with her.  I was disappointed that I couldn’t be home, too.  And I also wanted to hear how her day had gone.

What I needed was for her to believe me when I told her that she and our children were far more important to me than solving the problems at my work.

She needed to hear my heart, and I needed her understanding.

We were amazed at the difference this made in our phone conversations!  We now looked forward to talking to each other in the late afternoon, even when coming home right then was not an option.

Did this always work ?   Not always.  Sometimes I was rushed and did not have time to talk.  Other times she was completely overwhelmed by life.

Do You and Your Spouse Need to Try “A New Beginning?”

What most couples need is a new beginning.  Discarding what “does not work.”  A new way of considering each other’s needs and finding a way to take a risk.   To be willing to talk about what the “real” issues might be.  Only then can real communication WITH understanding begin.

The tongue that brings healing is a tree of life.  Proverbs 15:4