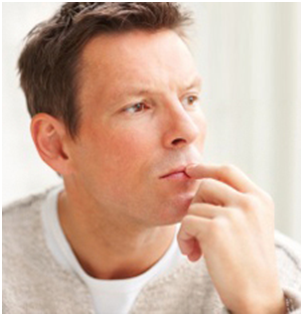 Suzanne: Steve, you have made quite a shift in careers, moving from a traditionally male profession, engineering, to counseling. Can you talk a bit about how that happened?

Steve: I’ll give you some background. My dad was a career Army officer, retiring as a full Colonel.  My Mom suffered from arthritis since she was a little girl. In my home, growing up I was taught to face my problems. Gut-it-out, get over it and DO something. In many ways that is what gave me my drive and made me successful. I was student body president at Georgia Tech. Later I had good ratings at BASF, the company I worked for. But in 1987, the BASF plant was shut down. I was given the option to stay with the company and move to Detroit but instead, I found a small company with a single owner that was in trouble. They had multiple problems that needed to be solved and I was confident that I was up to the task. For 3 ½ months I tried to help the company come back from the verge of bankruptcy. I was ultimately unsuccessful for the first time in my life. The company let me go and I was unemployed for 2 ½ months. Before that experience, I thought if someone had a problem it was his fault and he deserved it. Now I began to have compassion for guys trapped in jobs they hate because they have families they need to provide for. Up to this time, my successes made me somewhat “cocky”, but God used this experience to change my perspective. I came to see that God used both my successes and failures to impact my life and my view of Him. Ultimately success or failure was up to God; my job was to work hard.

After that experience, I worked for Sandoz, spending 1 year in Switzerland, 1 ½ years in Houston, in preparation for a plant start-up in 1990 in Beaumont, Texas. While in living in Beaumont, my wife, Sherry, and I were asked to teach a young married class in our church in 1993. My “assignment” was to study and prepare to teach the class and to lead the group. Sherry’s role was to clarify, correct, and add “color” to the group–we made a good team. Class preparation really helped me grow spiritually. I saw that the spiritual principles Sherry and I were already applying in our marriage–similar to those in the Love and Respect series–were really valuable. I was energized by it and had my first inkling that this is what I wanted to do. In 1997, I returned to BASF. We spent 3 years in Germany, close to Heidelberg, and we taught another couples class in the Protestant Chapel there. We returned to Baton Rouge in 2002 and taught yet another couples’ class at the Chapel starting in 2004. It was at that point that I realized I wanted to get a Masters degree in counseling. While the Biblical principles we taught laid the foundation, I realized that I needed better tools in order to be more effective with couples. In 2009, I began my graduate studies in counseling at Louisiana State University while I continued to work full-time. In 2013, I retired from BASF and then I graduated from LSU in 2014.

Suzanne: You knew at that time that you wanted to specialize in couples counseling?

Steve: Sherry and I have grown in our relationship during our 36 years of marriage and I think marriage is great. I knew too many couples that just have “OK” marriages, as opposed to what it can really be like-a team working together, encouraging and challenging each other. As we were working with couples, we could see issues that were going to be a problem. And we knew that many of them were going to settle for mediocre marriages.

Suzanne: Your view of therapy and therapists has changed over the years. Tell us more about that.

Steve: Yes! I used to think anyone who went to a therapist was weak. I believed people should gut-it-out, figure it out, and just handle it! I thought of therapists like you see on TV, asking “how do you feel?” sort of like a hired friend, getting nowhere for years. Therapy was about throwing money away.

Suzanne: So what changed?

Steve: My experience losing my job changed my view of people–my compassion for others changed. They weren’t necessarily needy or weak, but they just needed someone to help them get back on the right path. I saw a NEED for therapists who could help others see things from a different perspective, so people could learn to handle things themselves. The classes Sherry and I taught in the mid 1990’s helped me see that therapists could help people help themselves, as opposed to just emoting with them. Good therapists help others as opposed to feeding into the problem. They don’t want their clients dependent on them.

Steve: Yes, that’s a good way to put it.

Suzanne: Traditional therapy often doesn’t work well for men. Why is that?

Steve: Well, it’s not the therapist themselves. Men have a distrust of people helping them because it makes them feel weak. We want to be in control and strong. It is demoralizing to many men to admit they are weak. Love and Respect gives this analogy: If a wife puts a book next to her husband’s recliner about how to improve their marriage, the guy sees it as if she is saying he is a failure in the marriage…like, ‘I don’t have what it takes’, even if she means to show how much she values their relationship. His reaction would be similar to what hers would be if he gave her a book about how to lose weight.

Suzanne: She would see it as an insult…a criticism.

Steve: Yes. And therapy is admitting there is an area I need to improve…and now I’m going to pay for this?!

Suzanne: Would you say more about the issue of shame with men?

Steve: It’s not so much shame as embarrassment. It’s important to guys to feel that they have what it takes. That’s why we get so competitive on the golf course, for example. We need to prove ourselves- to ourselves and others. We tend to avoid areas where we feel inadequate.

Suzanne: The arena of therapy, emotions, and relationships can be scary…making our male clients feel vulnerable. How can therapists be more effective when working with men? Show more empathy?

Steve: Empathy is too soft a word. It’s too feminine. I try to “track” with my clients, showing them I can relate to them. Some guys are afraid that if they come in to therapy-especially with their wife-that the therapist will automatically side with her, because she is often more emotional. A lot of the resistance we see is related to men’s fear they will be blamed. Our male clients need to know they will be heard, validated, honored, respected, and not embarrassed.

Suzanne: Besides couples concerns, what are some other issues for men?

Steve: A lot of men get their value and self-worth almost totally from their career. And if THAT isn’t going well, it overflows to the family. Many men feel inadequate when it comes to understanding women. They feel inadequate so they just give up and go hunting. Another area relates to the inability to identify feelings. Growing up many of us were told, “don’t feel that”. We were taught to stuff our feelings and now we can’t identify them much less tell our wives about them. If we can’t identify our feelings, we just put up walls because of our inability to move in that direction, moving further from our wives. Guys relate by DOING things together. That’s how we connect.

Suzanne: (laughs) Yes, I’ve heard the golf course is the therapy room for a lot of guys.

Steve: Yes. And because they don’t know how, many guys won’t take risks in relationships. It is too vulnerable-putting your feelings out there and not knowing how others will respond. Guys often have fragile egos, and a woman they love can destroy them so easily because he cares so much what she thinks.