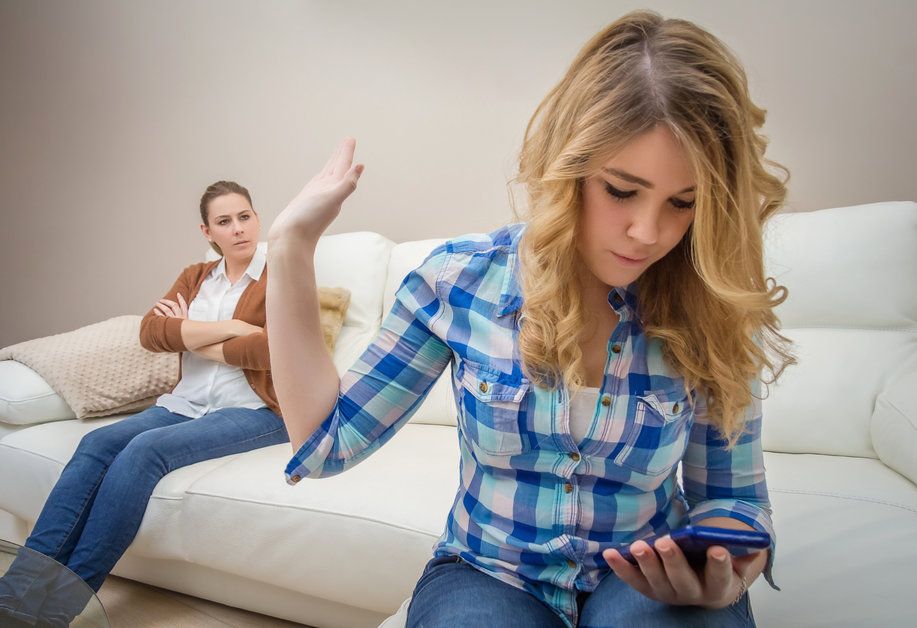 For many of us, even hearing the word “Middle School” brings back memories of awkwardness, embarrassment, even terror.

You think I am talking about our own experience in Middle School?  Not at all.  I am referring to having our own children endure those pre-teen and early-teen years.   In our home, the middle school years were the most difficult for us to navigate.   By the time that our kids reached high school, many of the challenges (for both us and our children) had already been faced.

During the three years when each of our kids suffered through Middle School, we as parents began to discover how important instilling values, truths, and faith had been during their early years.

One phrase that we began to use while they were young proved to be an anchor for each of them as they entered adolescence.   This truth is simple and it may seem obvious, but to a pre-teen it often does not ring true.

“ONE OF THE GREATEST ASSETS THAT YOU WILL HAVE DURING YOUR TEENAGE YEARS IS THE TRUST OF YOUR PARENTS.”

One reason that Middle School is so difficult is that the students begin to make choices —  some good and some bad.  They cannot drive yet, so as parents we still have a good bit of “control” over where they are, who they are with, and how they spend their time.  But they are now able to choose their friends, decide how they will behave, and begin to form their values.

During Middle School, the consequences/benefits of the choices they make (especially the poor ones) do not have a chance to fully reveal themselves.

The “cool” friends that are skipping school, lying to teachers and parents, or even beginning to dabble in “safe” drugs (their term) seem at the time to be merely fun, independent, and perhaps even (only?) a little dangerous.

As they enter adolescence, their interests and conversations begin to take a direction that we as parents sense is not ideal.  In their minds we are old fashioned, out-of-touch, and don’t know what life is like in today’s world.  To them their actions and rationale seem reasonable.  They tell us “How much trouble can we get into?  It is my life and I should be able to decide.”

For now, the journey is not really hazardous. But they are developing a pattern that can soon lead to more dangerous activities.

What Can We Do?

So if Middle School is a such a critical time in their development toward adulthood, what can we do as parents?

Our home should be a haven.

This does not mean that they should not experience “real world” victories and failures.  Now is the time to help them cope with both.  But it is a tough world out there.  Remember Middle School?  The uncertainties, the cliques with the “in crowd,” the ridicule, the group of “mean” girls that show no mercy ?   And for guys:  Their physical development can often be either very slow or much too fast and these result in different challenges.

We need to set an example.  They are watching!!

We all know that our children tend to follow our model and not what we say.  Why?  Because even as young children, they sense that honesty, consistency and authenticity are what they can trust.  If we set standards for them that we ourselves do not follow, we are teaching them that appearance is important, but true character is not.   They will learn how to “act right” when we or others in authority are around.  But as soon as they are with their friends, they begin to act on their own values and priorities.  Often, they will experience few consequences until it is “too late” and the patterns they set will often result  in more radical behavior in High School.

Our kids want to be like us more than anything else – at least until they reach Middle School.  So we need to take advantage of this.  When they disobey, we may feel angry, but it is much more effective to talk about how sad we are.  They have disappointed themselves and us.  We want to help them make wise choices.  After all, we have had to deal with the results of some of our own poor choices.   We want them to choose right and good because we do not want them to have to live with similar consequences later.

This does not mean that we do not provide (or allow) consequences for their actions to occur.  But it allows us to join them in their thought process of what is right and wrong instead of always correcting.  We sometimes are almost inviting them to rebel against us.  They can often begin to think “I will do what they say now because they are bigger, but as soon as I am grown . . . . “

Give them opportunities to make their own decisions.

Even in Middle School, we began to help them process right vs. wrong, wisdom vs. foolishness, good vs. evil, compassion for others vs. selfishness.  As we assist them in their decisions (rather than making the decisions for them), they learn principles that will serve them well in High School and beyond.

The Relationship is Important

Before and during Middle School, we have a lot of control over our children.  But soon this will change.  By high school they can and will become more independent  – especially when they “get those car keys” . . . or their friends do.  We can take away privileges.  But it is the relationship that we developed earlier that will make the difference.  We are not their “friends” – we are their parents.    But if our relationship has evolved into one of trust and respect, they will listen to those “tapes” that they have been recording in their memory since they were young.   Words of wisdom, words of kindness and love . . . . but also words of warning.

Do Not Hesitate to Talk about Our Faith.

Some parents are concerned that they need to allow their children to make up their own minds about life, God, right, wrong,  and eternity.  So they decide to take a passive role and wait until their children begin to ask the questions.  Guess what?  They WILL make up their own minds – no worry in that area.  So we should at least be open about what we believe, why, and how our faith affects how we think, reason, and what we do.   If we do not guide our children into what we believe is true and right, someone will . . . their friends, the media, music, “the world.”

Do not forsake wisdom, and she will protect you; love her, and she will watch over you.  Wisdom is supreme; therefore get wisdom. Though it cost all you have, get understanding.