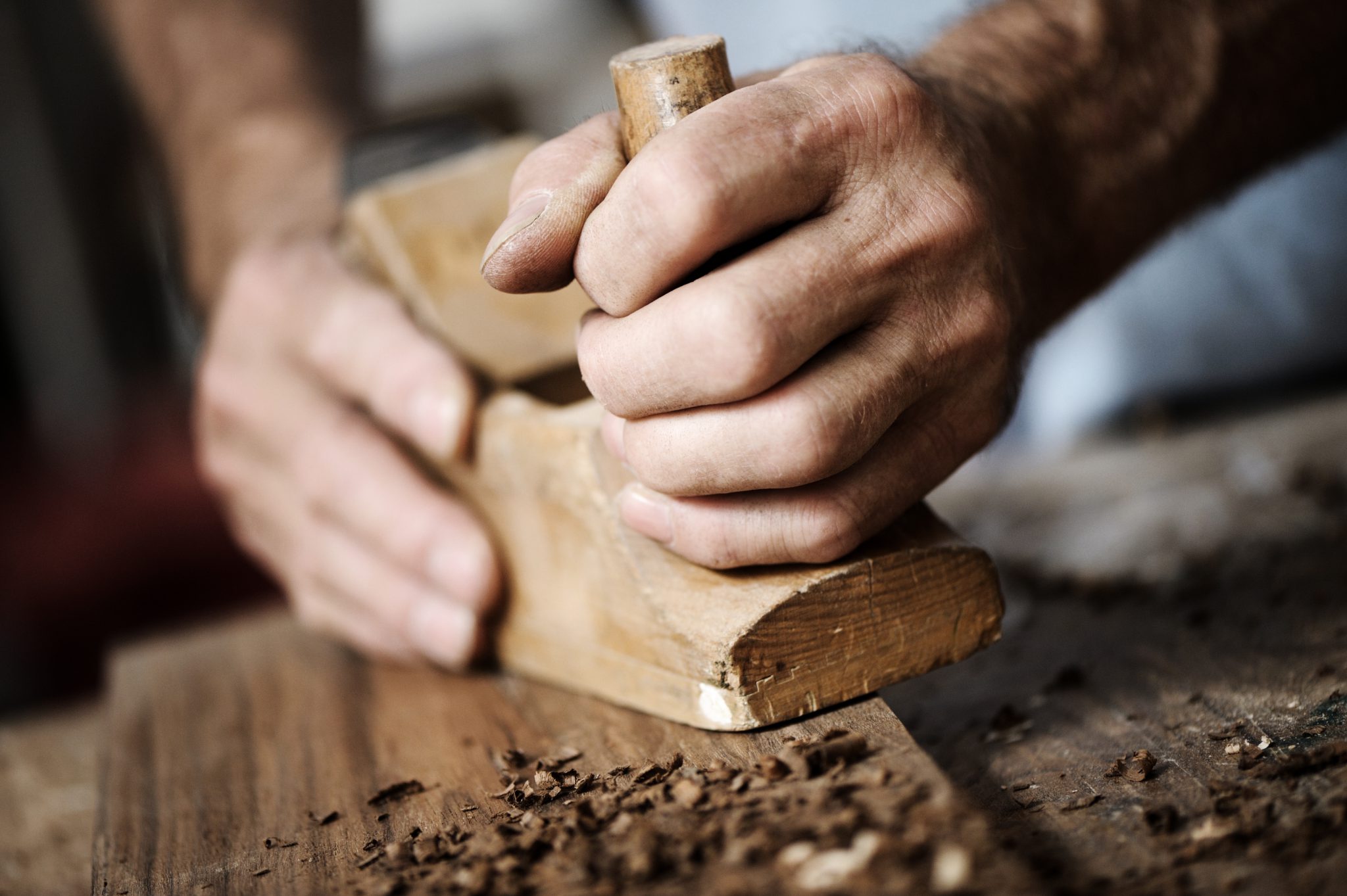 He is the silent, but not forgotten, character in the true Christmas story.  Not one word of his is recorded in Scripture.  Not one word.

We know little of his life outside of the events surrounding the birth of Jesus.   His presence does not result in awe and fear as does that of Gabriel, the angel.  There is no “glory of the LORD” lighting up the night sky, no chorus of an angelic army.  He did not even rate a visit from an angel, except for his experience in a divinely-inspired dream.  He was not from some exotic and unusual city.  He was not clothed in expensive robes, and he owned nothing of value – certainly not gold, frankincense or myrrh.

He was instead a poor nobody.  And although he would eventually make his home in a small, unremarkable town, his family was originally from Bethlehem, the “City of David,” the village promised to be the birthplace of the Messiah. Joseph was of the lineage of King David himself.

Although he is completely integral to the Christmas story, his words are not found in one recorded conversation. The only indications of his character are his actions.

But this is the one person in the Christmas story that most intrigues me.  One could look upon him as merely a fixture – someone that is necessary only as an ornament that reflects the importance of others.

But it is Joseph whose qualities I perhaps most desire to emulate.  My prayer is that someday I can grow into mirroring the convictions, faith, and actions of Joseph and by doing so be a model for our children and grandchildren.

Join me as we look into the Scriptures to glean the qualities that I so admire:

Joseph was a man of grace:

When Joseph learned that Mary was pregnant, his concern was not for his “rights.”  In some ways, Mary’s pregnancy could be interpreted by those in his town as a reflection on him.  After all, they were betrothed. Mary was promised to him. And now she was pregnant. Perhaps devastating for Mary, but certainly embarrassing for Joseph.  His right, according to tradition, was to have her stoned publically for her indiscretion.

This was his right and perhaps even an obligation according to law and tradition. It would demonstrate to everyone that the child was not his, and it was Mary who had sinned.

Joseph knew that he certainly could no longer marry this woman, but rather than claim his “right,” he chose not to have her humiliated and possibly lose her life as she was stoned.  He instead chose to “divorce her quietly.”  Nothing public.  He knew Mary would already be subjected to scorn and humiliation.  No need to be a part of it.

And as far as Joseph was concerned, he would move on.  He did not know the full story, and he did not have a desire to learn the sordid details.

Joseph was a Man “In Tune” with God

In the Christmas story, many important characters were visited by Gabriel or a host of angels personally.  This list of those who both saw and heard angels includes Zachariah (Luke 1:11),  the shepherds (Luke 2:9), and of course Mary (Luke 1:28).

But not Joseph.  An angel of the LORD appeared to Joseph in a dream only (Matt 1:20).

What Joseph was told was not only difficult for anyone to believe or accept; it was completely out of the realm of reality and imagination.  There was no precedent.  No understanding of the human experience came even close.   But Joseph knew the voice of his LORD.  He accepted the impossible.   He finally understood the literal prophesy from centuries earlier (Isaiah 7:14).

Joseph was a man of immediate obedience

Unlike Zachariah (Luke 1:18), Joseph indicates no sign of disbelief.  No proof is required for Joseph to believe God’s sovereignty and power.   Joseph’s immediate obedience is shown by both his actions and his lack of words.  Even Mary wanted some type of explanation (“How can this be?” Luke 1:34).  But not Joseph.

Joseph again proved that he trusted God without question when he later moved his family to Egypt at a moments notice (Matt 2:14).  No explanation was required.  No hesitation.  Simply immediate obedience. And it was this prompt submission to God’s direction that saved the life of the baby Jesus.

Joseph was a man of discipline.

Not only did Joseph marry Mary, submitting himself to ridicule, judgment, and a complete loss of reputation, Joseph “had no union with her (Mary) until she gave birth to a son.”  (Matt 1:25)

Joseph was patient and waited for God’s plan to be revealed.

Joseph knew Scripture – what we now call the “Old Testament.”  It was well known by both scholars and common Jews that the Messiah would be born in Bethlehem (Micah 5:2).  If Mary’s son was not physically born in Bethlehem, it would disqualify him as the Messiah. Any other birthplace would not fulfill prophesies.  Joseph knew that both he and Mary were direct descendants of King David (also a requirement of the Messiah), so that was not an issue.

But Joseph did not make his own plans – he did not manipulate the circumstances.   Imagine his shock when he realized that God was directing a Gentile, the Caesar of Rome, to force everyone in the “entire Roman world” to travel to the town of their origin in order to conduct a census.   And from Joseph’s perspective, this was one more confirmation.  The timing of the census was such that Mary’s child would be born in the only village identified in prophesies.

Joseph’s faith and patience waited on God to control the circumstances – even if it required a Caesar to make the official declaration!

Joseph allowed the focus to be on the Messiah, God’s son, and not himself.   It is no wonder that we know so little of Joseph.

When Jesus was 12-years old, Mary and Joseph “lost” Jesus during the trek from Jerusalem to Nazareth after they had celebrated the Feast of Passover (Luke 2:41-46).  After searching for him for three days, they found him in the temple courts.  It would have been easy for Joseph to become offended at Jesus’ simple answer (“Didn’t you know I had to be in my Father’s house?”).   But not Joseph.

This boy, who everyone assumed was his son, would soon become the “light for revelation to the Gentiles and for the glory of your people Israel.”   Joseph was comfortable that the memory of his role is Jesus’s birth and early life would soon be forgotten.

But the opposite had actually taken place. Joseph is an example of how God chose to use someone who was judged as completely insignificant from the world’s perspective.

Joseph’s character, as demonstrated by his actions, has been remembered for over two thousand years.

A completely fictional self-narrative of Joseph’s perspective (with words!) can be found at “The Twelve Voice of Christmas”