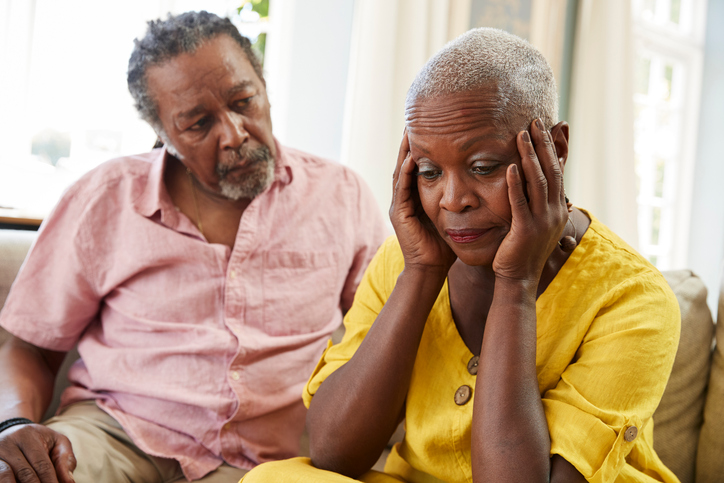 The Goal: I want to win!

Last week, my wife and I had a huge fight. Emotions were high. We both were angry with each other. I felt unappreciated and she felt unloved. I didn’t care how she felt because I felt justified in how I was treating her. I’m not quite sure what she thought or felt, but I am confident that she wouldn’t want it printed on a billboard for all to see.

What we were arguing about seemed so important at the time that neither one of us wanted to “give in” to the other. I was right (of course) and she was obviously wrong – at least I thought so. Not surprisingly, she felt the same way.

It took several hours for one of us to make the first move toward an apology. It was easier to simply ignore the issue as well as each other. I was angry, she was hurt, but we were both still deeply in love. However, if someone had asked one of us if we liked each other, we both would have answered simultaneously, “No! Not right now!”

It is so much more fulfilling and enjoyable to show love and appreciation to each other, however the argument and issue seemed more important at the time.

It is now one week later. We both remember the argument and the emotions. We remember the anger and hurt. But for the life of us, neither one of us can remember what the disagreement was about!

The Relationship is Lost in the “Facts”

In marriage counseling, it is not uncommon for a couple to come in for a session to argue about something that has caused a recent “blow up.” Often, the focus of the “discussion” seems so small in comparison to their life together.

In fact, it would be very enlightening to video the session and have them listen to themselves. Even only one week later, the topic of contention would appear inconsequential — even to them. But the emotions they felt at the moment can still easily return because their pattern seems so familiar and normal.

What is most damaging and allows them to say things that they later regret, is that in that moment of anger, they no longer are thinking about their relationship.

The “Real” Trigger is Often Something or Someone Else

Then, why do we react that way? This is where the “debrief” AFTER the argument becomes so important.

Let’s face it. Neither one of us wants to talk about it in the “heat of the battle.” It can even be dangerous to the relationship.

We each need to ask ourselves the questions: Why was this such a big deal? What is it about this issue that made it so important at the time?

Sometimes we are taking out our frustration on our spouse when the situation that “triggered” our reaction actually began at work the day before. Perhaps the kids wore us out or a colleague said or friend did something that hurt us.

Did my wife use a tone of voice that sounded like it was filled with disdain or disgust? Did my husband not notice the great meal I had prepared or that I had also had a rough day?

Are There Really Other Options?

When we overreact to a conversation, event, or situation, usually something else is going on. Few of us wake up in the morning thinking How can I aggravate my spouse today? or What can I do to make my spouse angry or hurt? Although we often THINK that our spouse is purposefully planning to ruin our day.

What if “doing the work” to understand why the conflict happened could make your relationship more solid? What if trying to discover the “triggers” to your reactions could help you understand how to navigate through the next rough spot–not only in your marriage– but with others as well?

Often, our anger, frustration, even hurt, are signals that something else has threatened “who we are” as a person or has become an obstacle to something we want.

1 — After both of us “get over it,” ignore the argument and pretend it never happened. This certainly creates “peace” for some period of time. But the reaction to the next “trigger” will probably come more quickly and with a greater intensity.

2 —Resolve the immediate point of the argument. This option is certainly better than nothing, but the fact that we will probably forget how the argument started should tell us that this issue is not the real issue.

3 —After emotions have died down, be willing as individuals and as a couple to talk through why we reacted this way. This is where a third party can be beneficial.

Option three can be risky. If not handled well, it can bring on another “discussion” that both will probably regret later.

One key is being willing to put the interests of the other person first. This can be frightening. What if they don’t respond as I hope or expect?

Attitude, perspective, and expectations are so important. Digging below the surface takes work but puts your relationship on more solid ground. Understanding is enhanced and intimacy is deepened.

Is it worth it? It is certainly worth giving it a try!