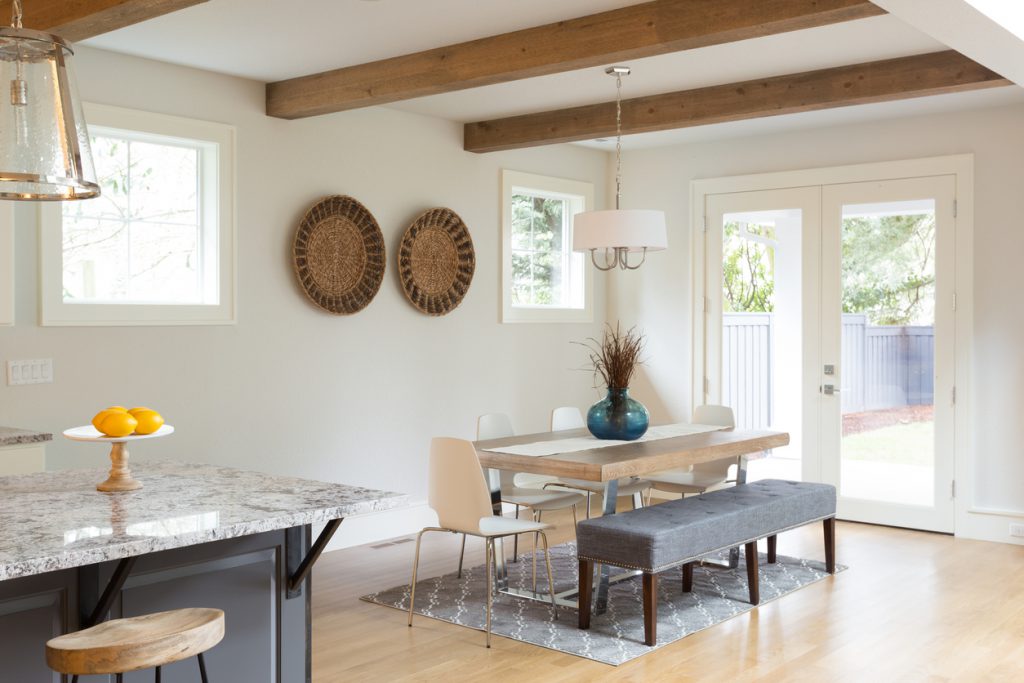 About three years ago, my wife and I had an argument that neither of us understood. It did not last long, but it was intense, and we both learned significant lessons by what we did wrong.

Because I am an engineer by education and first career, most people assume that I am mechanically minded and can fix things.

I became a chemical engineer for those reasons. I dealt with formulas and chemistry and concepts, rather than fixing equipment.

My “tool box” consists of five tools:  A Philips screwdriver, a “regular” screwdriver, a hammer, pliers, and a partial set of Allen wrenches – all of which I am proud to say I know how to use.

About three years ago, one of our French doors leading onto our backyard patio would not open. Something to do with humidity and weather, I would guess. So, I took my five tools and a stepladder, and determined that I would “fix” the door so that it would open.

After about 20 minutes with no real success, I became frustrated with myself, the door, and anyone else that might be around.

My wife had been busy in another part of the house, and after watching me for a couple of minutes, she asked me the question that only consists of seven words. But these words are the most dangerous words a wife can ask her husband.

The question was innocent. She was simply showing interest and wanted to help. She could see I was frustrated.

But her question was “Do you know what you are doing?”

It wasn’t in a mean voice. It was in a soft, concerned voice. She could see that I was frustrated, and her heart was in the right place.

My anger (which was already at a high level with myself and those stupid French doors) was unleashed on my unsuspecting wife.

Keep in mind: based on my history, I knew that I did not know what I was doing.

Why is this such a dangerous question?

Every husband wants to be his wife’s hero. That is his longing and part of that longing includes wanting to “fix” whatever is wrong in her life. He wants her to be happy.

This desire to make his wife feel better and to “fix” whatever is bothering her usually adds to conflict in the marriage. She just wants him to listen, and he immediately wants to come up with a solution that will solve her problem.

The other challenge is that he does not want to appear needy to her. “I can handle anything” is what most men want to be able to tell themselves.  And they want their wives to believe this.

But in reality, most men are constantly asking themselves “Do I have what it takes?” This is the silent, secret question.

Instead most men spend a lifetime in competition of multiple varieties trying to prove to themselves and others that the answer to this question is “yes.”

One of the most important questions a husband asks himself is “Do I have what it takes to be the husband that my wife is longing for?”

What does this have to do with a French door?

When men become angry, we need to ask ourselves the question: What is the hidden emotion I am feeling that is driving me up to anger?

I know my wife’s heart. She has confidence in me and had told me multiple times how much she admires me and how I am her hero in so many ways.

But fixing French doors is obviously not one of them.

She was simply showing interest in what I was doing and offering to help if I wanted her to.

But in the moment, my mind heard “She is disappointed in me. She cannot depend on me.”

This was not true. But rather than let her know how much disappointment I had in myself, I instead lashed out in anger. It was safer. It did not feel “weak.” But it pushed her away.

How did we resolve and repair?

It took a while, but after the emotions died down, we “debriefed” on what had happened.

Why did a simple task with a French door cause such a conflict?

My wife realizes that this simple question sends me multiple signals that I have trouble accepting. Signals that I know are not true, but that I interpret wrongly and then allow anger to take over.

What can I do to prevent this anger?

I remember the phrase “Stop, Drop, and Roll” from grade school on fire safety.

What I must do is similar.

Stop, Drop the anger, and Roll with my wife’s true message.

This takes discipline and is still hard to do, and the most difficult part is “Stop.”

Once I take that 30 or 60 seconds to calm down and realize what is happening, the rest is easier.

It has now become somewhat of a joke in our household. The question, “Do you know what you are doing?” is now only said in humor and never in difficult situations.

This makes no sense to the other spouse.

What husbands and wives have to realize is that their own emotions and “interpretation” of the message will make no sense to the other one.

What impacts us is so different. We have to learn to simply accept what and how our spouse is reacting to our words and actions. We need to “decode” and we will probably never understand it initially!

Three Simple (but not Easy) Steps:

Stop:  Breathe. Count to ten. Whatever it takes to not let words that you will regret later leave your lips

Reflect:  I am angry. There must be some message that I think I am receiving from my spouse that I am misunderstanding.  Am I feeling belittled, misunderstood, insecure, fearful, unwanted, rejected?

Everyone should be quick to listen, slow to speak and slow to become angry, because human anger does not produce the righteousness that God desires.

A person’s wisdom yields patience; it is to one’s glory to overlook an offense.

A gentle answer turns away wrath, but a harsh word stirs up anger.

Talk:  Not in anger, or trying to convince your spouse that he/she is at fault, but simply invite them into the “soul word” that describes what you are experiencing.

Any Other Examples of “Misinterpreting the Message?” Send them to me at steve@crossroadcounselor.com