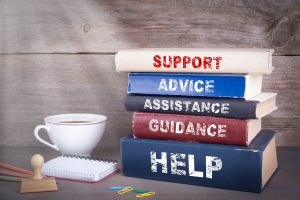 Typically, people come to therapy because of emotional pain — either theirs or those in their inner circle. Sometimes because of trauma, people are so shut down and so far-removed from their emotions that it is difficult for them to even describe what they are feeling.

What do feelings have to do with anything?

Some people have been trained from the time they were young to push their feelings down to the basement of their souls.

Others seem to let their emotions run the show.

They don’t seem to be able to pause long enough to consider what they want or ought to do with their emotions.

Consequently, these folks are live life on an emotional roller coaster — with all the drama and chaos that brings. It’s likely this even feels normal to them.

Our emotions affect so much in our lives, and yet many of us have given them little thought.

Are emotions good or bad?

They are neither, they are amoral.

What we do because of our emotions can be moral or immoral.

Why did God create us as emotional beings? I would say that emotions are to the psyche what pain is to the body.

God create us with the capacity for pain, which is a gift.

Pain warns us that something is wrong, which is invaluable. For example, neuropathy and the loss of sensation in the feet is a real problem for diabetics. I know a man who lost both legs after stepping on a nail.

Because he couldn’t feel his feet, he failed to notice something was wrong. Eventually his infection was so far gone, he lost both his legs.

Some people overvalue being stoic, feeling a bit superior because they carry on with a stiff upper lip, side-stepping emotions.

This doesn’t serve them well if their emotions find an outlet at the wrong place or time, or if they work themselves out through headaches, ulcers, hypertension, and other somatic complaints.

Emotions are the portal to the story we have in our head, the way we interpret what is happening.

Recently, Brené Brown spoke at a fundraiser here in Baton Rouge, making the excellent point that our emotions help us understand the story we are telling ourselves.

I loved that point! To understand our emotions, we must learn to be curious about them.

We need to be able to describe them and connect them to the thoughts that drive them.

Brené said the average American can only name 3 emotions, whereas it takes an emotional vocabulary of at least 30 emotions to access our story.

We need to be careful not to overidentify with our emotions.

Some folks see their emotions as an integral part of their temperament, and thus completely outside their control.

“Well that’s just the way I am…I have a lot of passion and I can’t help it. When I get mad, I am likely to go off on you…oh well.”

The reasoning goes, if I can’t control it, I can’t be held accountable for how my depression, anxiety, anger, etc. affects other people around me.

The truth is we are responsible for what we do with our emotions.

Our emotions only have as much power as we give them.

They are a state of mind, not who we are.

They are like the ever-changing weather, not a permanent fixture in our lives, unless we choose to let it be so.

Ever been h-angry? Funny how a bite to eat when our blood sugar is dropping can fix a funky mood and spare those around us!

But what about people who’ve suffered real heart-ache and loss, aren’t they at the mercy of their emotions? Yes and no.

Real feelings of pain and grief are normal and healthy but getting stuck there is not.

Have you ever met someone who suffered a loss and refuses to be happy or let go of their bitterness? They are choosing to give their emotions more power than they really have.

They have fused with their pain, and because it has become their identity, they cannot let it go.

Therapists have the annoying habit of leading their clients to the messy business of feeling their emotions.

That is the part none of us wants to do.

“The only way out is through,” is an often-quoted maxim for therapists.

It isn’t enough to talk about our pain in theoretical terms. That’s just a way we try to protect ourselves from feeling what we need to feel.

We can’t outrun out emotions, they will show up one way or the other! And we can’t just passively surrender to out-of-control emotions.

Healing comes when we allow ourselves to work through our feelings, connect them to the self-talk that is driving them, and understand the story we are telling ourselves.