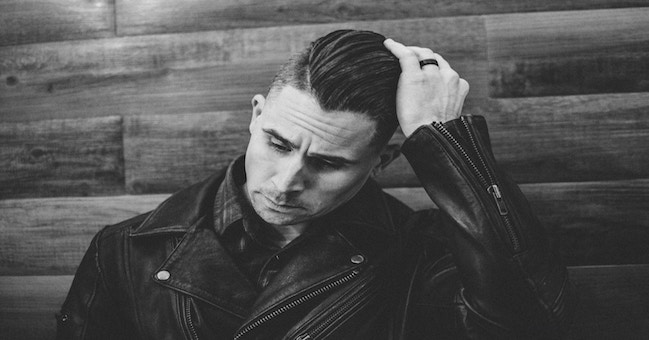 At Crossroads, we mention on our website and in our literature that we are a Christian Counseling Practice. Many of the couples I see, however, have experienced such chaos, turmoil and disappointments in their relationship, that they are ready to call it quits. At least one of the partners has decided that the commitment that they made to God and their spouse is not worth the sacrifice.

Why have they reached this decision? They have lost hope.

What Happened? Why Do Many Lose Hope?

No Hope? What happened?  No one decides on their wedding day that their marriage is going to end. The anticipation and excitement of this new union are at first contagious.

But later, so many marriages seem to have lost this hope.  It often is replaced by an almost constant sense of despair. Despair can be defined as fear without hope.

During the first “Hunger Games” movie, President Snow makes an interesting comment: “Fear does not work, as long as there is hope.”  Why does he make this statement ?

Why is Hope Important?

As a contrast, Romans 5 states “and Hope does not disappoint us.”

When did It Begin to Go Wrong?

During their first several years of marriage, almost every couple develops some unhealthy patterns in their relationship that are difficult to break.  And many of these patterns become entrenched as they enter their second, third, or fourth decades of marriage . . . if they make it that far.

After a time, the partners drift apart – not intentionally, but it “just happens.”  Kids, softball games, soccer games, ballet, work, in-laws.  Dr. James Dobson calls it “routine panic.” And there is no time just for “us” – for the couple to regain the intimacy and “connection” in the relationship that first attracted them to each other.

What replaces their earlier attraction becomes irritations and their differences.  What once was intriguing, interesting, exciting transitions into anger and frustration.

Often dangerous thoughts enter the mind of one or both partners – “Why should I continue this relationship ?  Am I ready to stay married to this person for the next thirty years?  Do I even know this person anymore?”

Is hope for what we once had even a possibility?  Why should I take the chance to be disappointed again?

Is It Worth It?

The real question is:  Is it worth the “work” to try and not just repair the damaged relationship, but to rekindle what we once had?  And is it worth the risk to become vulnerable and open myself up to more hurt?

There are certainly those who have been married for decades and are miserable.

But many couples begin to experience the value of an intimate, joyful, fulfilling relationship with the person they married decades ago (yes – decades !).  But their marriage has certainly not always been so . . .  enjoyable.

The Decision to Stay Married has Surprising Results!

An independent secular study by the Institute for American Values surveyed 5232 married adults.  Of this group, 645 spouses rated their marriages as “unhappy.”  The study followed these couples for more than five years.

If your marriage appears to be hopeless, look at the results of these 645 spouses:

Of this group of “unhappy” spouses,  “Two out of three unhappily married adults who avoided divorce or separation ended up happily married five years later.”

For those who simply made the decision to “stick it out” and work on their marriage, over 65% considered themselves not just  “still married,” but  “happily married” five years later.

If you and your spouse seem to be constantly in conflict with only brief pauses of relative peace, read on . . . .

There are really only three options:

“No way!!  I am miserable now!  I can not imagine staying like this five more years, and certainly not a lifetime!”   Even the spouse that wants to stay married rejects this option.   Door #1 Rejected.

Many couples think that this is the best option.  It is the quickest way to at least feel better and “put me out of my misery,”  at least for now.

Why not?  Study after study suggest that the overwhelming majority of those who choose divorce, find that future marriages are just as unfulfilling and become unsuccessful.

A recent article by Suzanne Jones (LPC counselor at Crossroads) identifies “15 Hidden Costs of Divorce.”  These costs are not just economic – they are emotional and the payments never end.

Hope that what others have experienced is possible  . . . a joyful, fulfilling, exciting, and fun lifelong relationship.

But Door #3 does takes work.  It takes commitment.  It requires that both partners are willing to take risks.  New patterns must be developed.  The “Old Ways” must be replaced by new beliefs about marriage, each other, and God’s transforming power.

But based on numerous studies, the relationship that each partner longs for is not just possible, but likely.

There is Hope.   Begin the Journey Through Door #3

Often what a couple needs most, is someone to help each of them to decide if Door #3 is their choice, and how to begin this journey.