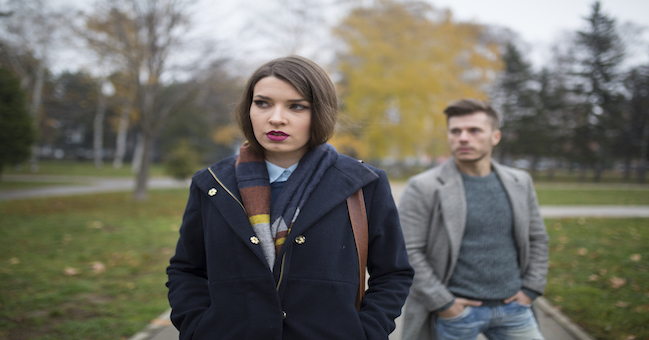 The couple met with me almost every week for several months.  They leave my office optimistic – even excited – about what their marriage has become and what it will be like in the future.

As they leave, the wife turns and says something that has become etched in my memory. “I feel like we have wasted the first 23 years of our marriage.”

I was both encouraged and heartbroken at the same time.  Encouraged that this couple is now on a new journey.  They are experiencing, perhaps for the first time, the fulfilling and intimate relationship that God intends.  But I am heartbroken that their marriage had drifted so far for so long.

After all, God created marriage.   He created us with a desire and need for connection and intimacy.  And the marriage relationship has the potential of being a mirror of Jesus’ own relationship with us.

Something Begins to Go Wrong.

What happens?   Why is it that so many couples that begin with hope and anticipation on their wedding day begin to drift apart?

Six “Red Flags” – warning signals —  can exist that many couples simply do not see. With a busy and hectic life, the focus often shifts from the relationship to simply surviving.    Kids, finances, careers, over-commitments.   The list can go on and on and on.

Often these couples end up in my office when they realize that they argue more often than not. Or (like the couple mentioned above), they realize that their marriage has become empty, void of connection and intimacy.  As a result, they do not know how to recover the relationship they once had.

Listed below are six “Red Flags” that can be warning signals to a couple.  Unless the couple becomes purposeful and intentional, their marriage can slowly deteriorate into something that is mediocre at best, and at worst can lead into a destructive relationship.

1.“We can’t remember the last time we talked about us.”

This is an important, but subtle, reality that many couples experience. They still care about each other and their relationship.   But a hectic schedule and exhaustion take over.  Dr. James Dobson calls it “routine panic.”  They never seem to escape the chaos of their own commitments.

Everyone knows how important a “date night” is for couples.  Without the kids.  Away from the house.  Perhaps doing something they both enjoy.  But time to talk.  And what do they talk about?   How busy they are.  The kids.  Work.  Schedule.

It is so difficult to break this pattern.  Begin with a goal to ask specific questions that will move the conversation to a deeper level. Check out  “Ten Date Questions that Lead to Intimacy” for some suggestions.

This begins gradually and is a result of our busy lives.  Each spouse begins to internally decide who contributes most to the relationship.   They begin to keep track of the daily or routine tasks that are part of living in a household.  One does the cooking, and resents the other.  One spends long hours at work, while the other is struggling to parent the kids.  One always pays the bills, while the other is diligent on helping the kids with homework.  One desires physical intimacy while the other is more interested in Netflix.  At first, each one wants to serve the other.  But something begins to change as the relationship beings to drift.

Then frustration, irritation, and anger become the norm. And “winning” becomes more important than serving each other and working on the relationship.  In many cases, they begin to view the other as the problem – the “enemy.”  In fact, it is the pattern of comparison and keeping score that is the enemy – not each other!

Initially most couples experience “the honeymoon period.”  But with time, they find that they no longer live in the fantasy that they will forever be in love, affectionate, and void of other interests and responsibilities. This transition can be expected.  But if it becomes a chore or burden to try and remember the joys and intimacy of the past, then something is headed in the wrong direction.

4. Couples remember the intensity of the anger, but not the cause.

When this begins to frequently occur, the pattern of behavior has become entrenched.   Each spouse anticipates that the other will begin an argument.  Which means that even when one spouse is “OK,” the other is looking for a reason to become frustrated and angry.  See “Moving from Anger to Intimacy” or “Take off the Boxing Gloves” for more valuable insight on this topic.

5. One or both begin to think more about someone other than their spouse.

Of course, neither one mentions this to the other.  And if they do  mention it to a friend, the friend will either judge/condemn them, or (even worse) suggest that they even pursue the “friendship” with this other person.

In any case, this secret “thought life” can lead to actions that will forever be regretted.  And it can become an escape from what has become a difficult and even painful relationship.

It is easy for someone to convince one spouse that they are irreplaceable at work.  And sometimes this is true.  But if this is a consistent pattern, then resentment and anger begin to build in the spouse at home.  And so, of course, when the spouse comes home, he/she faces a lecture (see “keeping score” above).  Which makes it even less attractive to come home on time the next day.

This list is certainly not exhaustive.  But it provides an idea of how subtle and devastating these “Red Flags” can become.

Ideas to Return to the Marriage Journey that was First Imagined

Just some suggestions to consider: