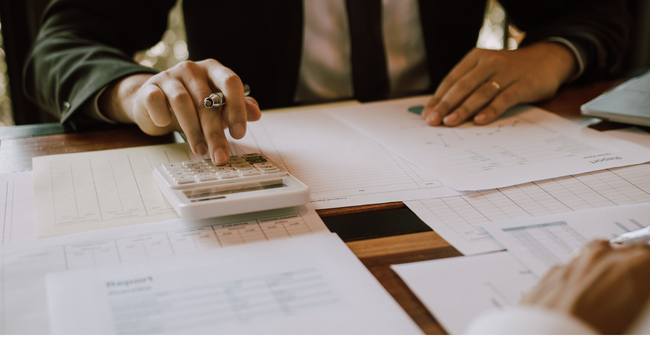 Sheer, icy cold terror. That is the only way I can describe what I felt when I discovered my marriage was not what it seemed. It knocked the wind out of me. I found it hard to breathe and even harder to think. I wandered around my study, thoughts whirling in my head. What does this mean? What should I do? Numb with shock, I picked up the phone and called my pastor.

A Long and Painful Journey

That was just the beginning of a long and painful journey. The big surprise is that divorce continues to be painful off and on, in surprising moments.

Most people marry expecting “happily ever after” to be their story. And yet with over 50% of marriages ending in divorce, a marriage that goes the distance and lasts “until death do us part” is a very special thing. Not every marriage can be saved and, in some cases, not every marriage SHOULD be saved.  Divorce is a tragedy, even if it seems like the only option.

Divorce is so common in our culture; it hardly draws more than a sympathetic shaking of the head. And because it is so common, we have developed a sort of numb complacency. “That’s too bad, but what can you do?”

My goal in writing this article is to press the pause button for those of you contemplating divorce in a marriage where a change of behavior or heart could make all the difference. I hope and pray you will use the following to reconsider and fight for your marriage.

For many in troubled marriages, divorce seems like a quick solution to a painful situation.

The truth is divorce has consequences for years to come.

Not What God Intended

In Micah 2 God says bluntly, “I hate divorce.” If you read the entire chapter, it becomes clear God is not critical of those who are victims of divorce, but rather of those who create the circumstances leading to divorce. Jesus elaborates further in Matthew 19 when he says Mosaic Law allowed for divorce because of “hard hearts” but it was never God’s design. Why? One reason may be because there are so many hidden costs.

What about the Children?

While it is true many children are resilient, the effects of divorce don’t end after a few years. A study reported in the Journal of Family Psychology looked at distress among young adults from families who had divorced at least 3 years earlier. Despite relative success and stability, these college students reported ongoing grief and pain.  73% said they would be different people if their parents hadn’t divorced. 49% reported stress when both parents were at an event together.48% believed they had a hard childhood and saw their parents’ divorce as continuing to cause them problems. 29% wondered if their dads love them. 18% were afraid they would repeat their parents’ problems.

According to Robert Emery, Ph.D., Professor of Psychology and Director of the Center for Children, Families, and the Law at the University of Virginia, children do better after divorce if the marriage was high conflict, but not if the parents’ marriage was low conflict. In other words, children growing up in a low conflict, though imperfect, home would fare better if the parents remained together.

A big shock for many parents going through a divorce is discovering how much say the courts now have over their children. Judges now get to determine what is in the best interest of the children. Custody issues, related money issues, and even where you can live are all part of the legal fall- out from divorce.

Many things are lost when a couple divorces. Divorce may cause the loss of …

Beside the fact that divorce is often very expensive, for many it brings an end to financial security. The U.S. Government Accountability Office, an independent agency that investigates federal spending, found after divorce the household income for women fell an average of 41%, compared to 20% for men. Many people have to significantly alter their standard of living and work status.

Divorce is one of the most painful things an individual can endure.  If you are contemplating divorce, consider the costs. Get help from a professional counselor before all the good will evaporates and it becomes even harder to consider fixing things. Make a sincere effort to own your part of the problem. Ask God to help you recover the love you once felt for the person you married.  And ask yourself if it wouldn’t make more sense to fight for your marriage rather than experience the hidden cost of divorce.

I am a Licensed Professional Counselor, a nationally certified counselor, and a registered nurse with several years experience helping people with healthy, successful living.