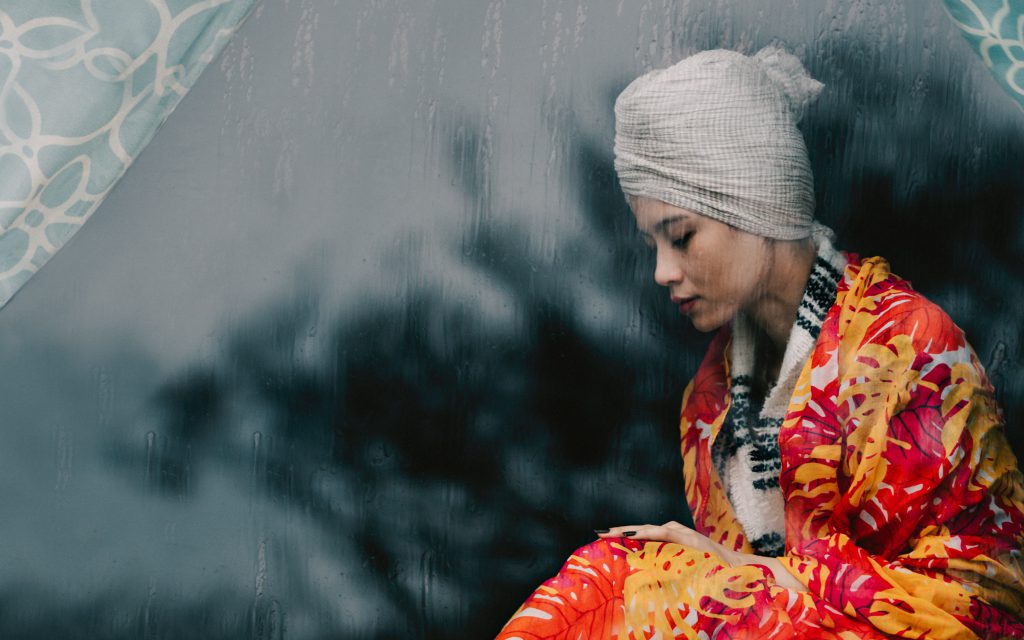 As a rule, I do not consistently follow the news. Whether this is due to lack of time or the avoidance of political mudslinging, I am not entirely sure. It’s not that I don’t believe in being informed of current events, it’s just that it feels like one has to wade through so much nonsense to get to the important information.

However, the recent news of Kate Spade’s suicide was something I could not avoid. I must admit, that I am quite a fan of her product lines, and even though I had never met her personally, her death impacted me greatly.

I know that celebrity suicide or accidental death is not altogether uncommon, but I found that Kate Spade’s death impacted me more than I would have expected. In fact, the only other celebrity death that impacted me in a similar way was the suicide of Robin Williams. I remember feeling genuine grief over his passing, as if a friend of mine had passed away.

The Question of Why

In cases like this, I believe it’s natural to wonder how someone who had so much, could reach such a point of desperation that they felt the only recourse was to take their own life.

I believe that if we were honest, we would admit that it is a bit scary to think about. In these cases, we are often left with the question of WHY?

Why didn’t this person get help? If they were getting help, why didn’t it work? Why did they think suicide was the only solution? Why weren’t their family and friends enough motivation to keep on fighting?

The questions, I’m afraid to report, could go on and on.

What if it’s not that simple?

Over the years, I have heard these questions (and more) asked about individuals who have attempted or committed suicide.

I have also seen these individuals shamed, and called “selfish,” “weak,” “mental,” and even “attention-seeking.” I have heard both adults and adolescents joke about, dismiss, and mock those struggling with suicidal thoughts and behaviors.

Individuals who struggle with suicidal thoughts, who attempt, or complete suicide are in great emotional pain! I have yet to meet anyone who wants this struggle.

Even if someone were attempting suicide to get attention, this is still a serious matter and needs to be taken as such.

Think about it. How sad is it that someone feels they have to go to such drastic measures to feel noticed or cared for?

Just because people seem to “have it all together” doesn’t mean they are not battling a secret war within themselves. It is time to stop judging, start loving and reaching out to people who are so obviously hurting.

What if I have suicidal thoughts?

If you have struggled with suicidal thoughts, you are not alone.

According to the Center of Disease Control (CDC), approximately 9.3 million adults over the age of 18 reported having suicidal thoughts in the year 2015, and these are just those incidents that were reported. Having occasional suicidal thoughts does not necessarily indicate mental illness, and I believe it is very important to remove this stigma!

I also believe it is a fear of being “labeled” or even “committed” that often prohibits people from talking about their struggles in this area.

Many people have struggled with these thoughts, especially if they have experience trauma, or persistent difficulties in life. Anytime we feel the situation we are in is too much for us to handle, we are more at risk for these types of thoughts.

For example: If the pain gets to be too much, I can just end it and “be at peace.” Unfortunately, this is not truthful. Suicide is a permanent solution to relatively temporary feeling.

When should I seek help for suicidal thoughts?

Talking to someone about occasional suicidal thoughts is always a good idea.

However, there are several things to look for as signs to seek professional help. The first indication that these thoughts are more serious is when the thoughts become for frequent or intense, or when the thoughts turn into plans. Second, if you have a plan, and you have the means, intent, and opportunity to carry out that plan, it is time to seek immediate help!

So for all of those out there who struggle or love someone who struggles with suicidal thoughts, I want to say, “I hear you!” and “I know you are in pain, and at times, it feels like this is your only way out.”

But I am going to ask you to keep fighting. Keep fighting for yourself, for those who love you; those would rather you be with them even with your struggles, then to spend one day without you!

And to the lovely and talented Kate Spade, as well as all of those precious lives lost to suicide:

I pray it will inspire others who are hurting to come forward with their struggles and to seek help before it is too late. I also pray that the color you brought to the world through your creative and beautiful mind will serve as a reminder to all of us to be kind because we never know what battles those around us may be fighting.

You can visit the Suicide Prevention Lifeline here.

In 2014, Christina earned a Bachelor of Science in Psychology from the University of Phoenix, and immediately enrolled in graduate school. In 2016, She earned a Master of Science in Counseling from Southeastern Louisiana University.