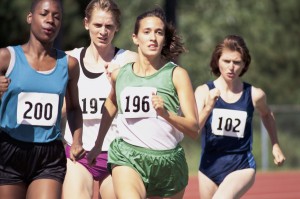 Remember Senior Superlatives and who was voted “most likely to succeed”? Probably classmates voted for the smartest, best-looking, or most popular kid. We have many assumptions about what makes us successful in life.

High IQ Not a Guarantee of Success

We’ve known for a while now that having a high IQ is no guarantee of success. While working at two different universities, I counseled several undergraduates and noticed that a surprising number of really smart students were struggling. According to the authors of Emotional Intelligence 2.0, people with average IQs outperform those with high IQs 70% of the time.

We also know that social intelligence or “emotional intelligence” is a better indicator of success. Some might even call this the critical ingredient for success. Emotional Intelligence is the ability to pay attention to your own and others’ feelings and use this information to make appropriate and effective decisions.

Beyond high IQs, emotional intelligence, good looks, money, and even talent, there is one quality that separates successful people from everyone else: GRIT.

In a recent TED Talk Angela Lee Duckworth, a teacher and psychologist, described research done by a group of psychologists in which students, teachers, and sales people were studied. Researchers made predictions about whether or not they would persevere and succeed. The one thing the successful ones had in common was something the researchers called grit.

Grit, according to Duckworth, is passion and perseverance. It is working hard and following through. It requires a long term focus with an understanding that life is a marathon, not a sprint. They even found there was an inverse relationship between talent and grit! Think of that, even talent doesn’t guarantee success!

History is full of stories about people who succeeded against the odds because they worked hard and didn’t give up. Just a cursory look at the founding of the United States is overflowing with examples of people with grit!

My elderly mom recently had back surgery. As we were walking through the orthopedic wing of the hospital, she picked up a model of a backbone, shook it at me and said dramatically, “This is what you need, Sue!” Hmmm…. a backbone? I guess that is just another word for grit.

So there it is: the key ingredient to success is GRIT. Put another way, it means having passion and a strong work ethic, being able to delay gratification, persevering through the rough patches, and taking a long range view of life.

The bad news is that there is no quick and easy path to being successful. Hard work and occasional failure will be part of the journey. Life won’t always be fun or easy. Life can be hard and the sooner we accept this, the better. Demanding that things be easier and protesting that life isn’t fair -which it isn’t- keeps us stuck.  I know because I’ve been stuck from time to time.

The good news is that you don’t have to be brilliant or socially graceful, good looking or rich to succeed. No more excuses! The brain is changeable and we can grow in healthy, positive ways. You don’t have to be stuck with the way things are!

Developing yourself intellectually and emotionally and growing your talents are certainly worthwhile things to do. But while you’re working on those things, don’t forget the essential ingredient: grit!