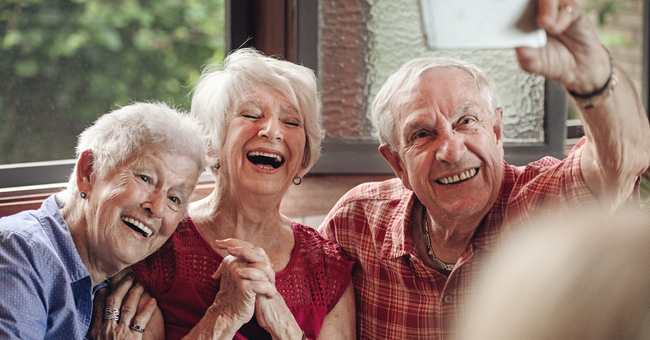 Is Facebook and Twitter distracting us from real relationships?  Do we spend more time in front of the computer than with our families and friends?  Is technology opening too many avenues for employees to ditch their work and waste time on the internet?

Old Friends – Nothing Takes Their Place

Today I had lunch with an old friend.  I haven’t seen him in ten years.  We used to work together twenty years ago.  When I worked with him there may have been 10 computers in the entire company.

Anyway, he was coming in town and we connected for lunch.

It was like picking up where we left off 20 years ago…except we had lived a lifetime in between.

I agree with what everyone says about real relationships.  Nothing online can take their place.  It isn’t the same to jump on twitter to vent about a software problem.

Maybe because you can’t see the person’s face light up when you walk in the room.  Or hear their laughter at your ridiculous ranting about something we both knew was usually user error.

And I am afraid that the hugs and kisses sign on a computer screen doesn’t come close to a hug from a friend you haven’t seen in ten years.

We lost touch.   We lost emails.  We lost phone numbers.

How do you find someone these days?  You guessed it….

That is how he found me.  We connected on Facebook about 8-9 months ago and when he knew that he in his wife were coming in town, he contacted me.

New technology is here.  It is by definition a tool.  Tools can be used for good (or not so good) just like anything else.

It’s Our Choice, Our Responsibility

We have a choice.

We can use it for finding, connecting, and communicating….

We can use it for learning, reading, and teaching….

or we can use it for wasting time, avoiding work, and missing out on real connections.

One Doesn’t Replace the Other

I got out of my car at the restaurant as he was walking by and I called out his name.  He turned around and a broad smile broke across his face.  Which of course made me smile.

At lunch he laughed at my stupid jokes and a few rants.

As we were sitting at lunch our conversation drifted to how he looked me up on Facebook when his wife finally gave in and jumped on the social media bandwagon.  (He hasn’t, of course, and is proud of his old timer cell phone!  ha ha)

And when we finally parted ways he gave me a hug….a big bear hug…one to last another ten years!