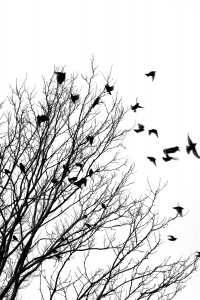 Graduations, moving away, starting college, weddings, and births-certain events catapult us into change, ready or not. There are few things we can count on in life, but change is one of them.  Nothing stays the same. There are endless songs written about the poignancy of change which always involves saying goodbye to something or someone.

It’s hard to let go of the things that are comfortable and known. Our tendency to cling to the familiar is apparent in people who choose to stay in unhealthy relationships or circumstances rather than face an uncertain future. Sometimes we refuse to move on, clinging to the past because we are afraid of what’s up ahead. The problem is that unless we grieve and let go of what was, we aren’t open to embrace what the future holds for us.

A Change in Identity

Change or transition involves enduring a periods of uncertainty while we wait to embrace something new. Because change, even good change, is hard, we have a tendency to unrealistically romanticize the past. The story of the Israelites’ journey out of Egypt gives us a picture of the process.

Life was hard for the Israelites living as slaves in Egypt.  God, using Moses and the plagues, opened the door for change. Initially fleeing Egypt felt like progress, or at least relief! I imagine the Israelites were thrilled to start the journey. But a few weeks, months, years in the desert and they concluded it was all a mistake. They complained and pined away for the good things they had in Egypt. It was an anxious time for God’s people.

That’s the way it often goes for the rest of us. Moving from what is familiar to what is unknown can be nerve-wracking. Sara Groves’ Painting Pictures of Egypt says it perfectly:

They are calling out to me like a long lost friend

It’s all about comfortable when you move so much

The past is so tangible I know it by heart

I am caught between the promise and the things I know

———-
I’ve been painting pictures of Egypt, leaving out what it lacks

‘Cause the future feels so hard and I wanna go back

———
If it comes too quick, I may not appreciate it

Is that the reason behind all this time and sand?

And if it comes too quick, I may not recognize it

Is that the reason behind all this time and sand?

Change is inevitable. We can resist it or move forward as needed. The constancy of our faith can be a tremendous help during times of uncertainty. According to scripture, God doesn’t change.

It is the Lord who goes before you. He will be with you; he will not leave you or forsake you.

Do not fear or be dismayed. Deuteronomy 31:8

As he promised the Hebrews when they left the familiar things of Egypt, headed toward an uncertain future, he promises to be with us on the journey. 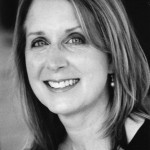