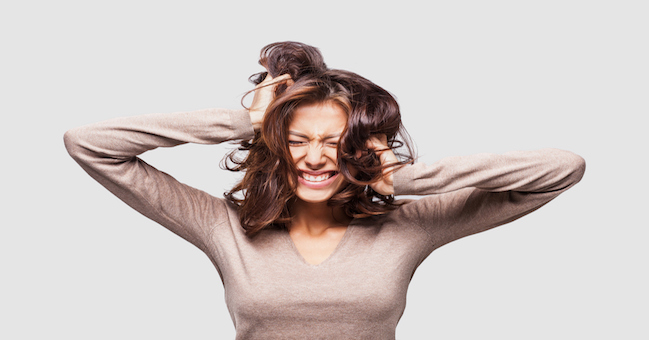 If I had a dollar for every time someone said, “I don’t believe in therapy or psychiatric medications…” I could probably retire already. For these folks, handling life on their own is a point of pride.  Often the same people who say this are medicating themselves anyway, just with alcohol, drugs, caffeine, or food. But at least they can say they are not on medication! Or perhaps they manage their pain with endless mind-numbing activities or adrenaline-pumping distractions that further complicate things.

The excuses for avoiding help are endless:

They will not get help. Could this be you?

We are sometimes oblivious to how our behavior is affecting those around us. Family members who live in the orbit of these self-sufficient souls are often stressed, depressed, anxious, and flat out angry. Their loved ones stubbornly refuse to get help and it is driving everyone crazy!

To be fair, sometimes emotional issues sneak up on us. We might not realize how irritable and negative we’ve become. We may have trained our family to back off and keep their distance with our sharp rebukes. But if our spouse musters the COURAGE to say, “Honey, I think you need help”, will we consider what is being said? If our children are brave enough to admit that we sometimes scare them, will we listen? Do we love them enough to consider how our behavior is affecting them?

Mental and Emotional Health Care: A Gift for the Whole Family

It is hard to be vulnerable and admit we are unable to manage our lives without expert help. We live in a culture that often shames people into silence, although, thankfully that is beginning to change.

But what if we look at this from another angle? What if we see our efforts to get better emotionally as a gesture of love toward the people we care about the most? What if we consider mental health care- whether it comes in the form of therapy or medication- as an act of courage?

Let’s consider “Bob.” For the most part he was a hard-working, stoic kind of guy who provided well for his family, served in the church, and was respected by those who knew him from a distance. His family, however, saw a different version of Bob.  At home he was either barking at the kids, making snide comments to his wife, or spending time alone in his den, nursing a 12-pack. Bob had survived a series of traumas which he had successfully buried in the back of his mind, but lately, much to his alarm, he found his ability to ignore these memories and cope was running dry. Until recently the “keep calm and carry on” approach to life had worked for him, as it often does for a time. He was depressed, overwhelmed, and in a panic as his focus and ability to hold it all in was failing him. His wife noticed, but every time she suggested he get help, he either blew up at her or blew her off. The tension between them was so thick it could be cut with a knife. Bob’s erratic behavior scared his family. Angry and frustrated, Bob’s wife had about had enough. And then one night the bottom fell out. After drinking more than a few too many, Bob made a series of unfortunate, hurtful decisions that threatened to undo the good life he had worked so hard to build…

Or, let’s consider “Sally.” Growing up she longed for the day she would be a mother. Children were a blessing from God, a source of joy and fulfillment, right? But reality wasn’t quite that rosy. Her children nodded and rolled their eyes when they saw the plaque declaring, “If Mama ain’t happy, ain’t nobody happy!” Boy, was that the truth! In fact, Mama was so often unhappy and irritable that the entire family tiptoed on eggshells just to avoid her fury. For her part, Sally was deeply disillusioned. Parenting wasn’t at all what she expected. The kids were often demanding, rarely appreciative, and didn’t seem to care about how hard she worked, and yet her husband seemed more frustrated with her than the kids! She didn’t get it!

Both Bob and Sally need help. Their unhappiness splashes all over their families. None of us live in a vacuum. Our choices, our attitudes, and our behavior impact others. Whether we are willing to see it or not, our mental and emotional health affects those around us.

Invest in Your Mental Health

Good mental health care is an investment in ourselves and in those we love the most. It would be nearly impossible to describe the miracles my colleagues and I see in our offices on a regular basis. It is such a privilege to watch confused, heavy-hearted people transform. I wish I could take before and after pictures… seriously, because as our clients get healthy, they even look lighter and more radiant! And because emotions are contagious, those changes spill over and bless the entire family.

Are you driving everyone crazy? Maybe it is time to get some help.